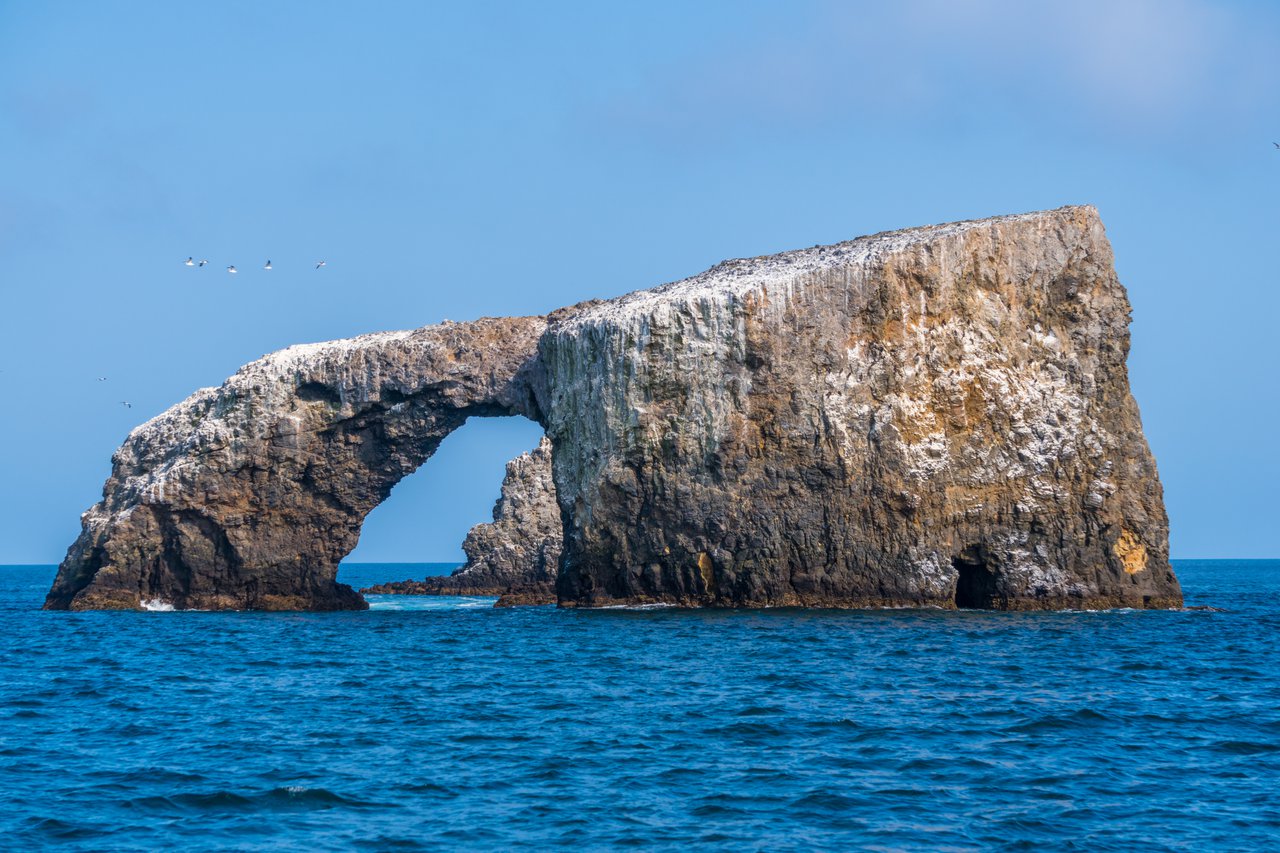 Channel Islands National Park is a United States national park that consists of five of the eight Channel Islands off the coast of the U.S. state of California, in the Pacific Ocean. Although the islands are close to the shore of densely populated Southern California, their isolation has left them relatively undeveloped. The park covers 249,561 acres (100,994 ha) of which 79,019 acres (31,978 ha) are owned by the federal government. The Nature Conservancy owns and manages 76% of Santa Cruz Island, the largest island in the park.