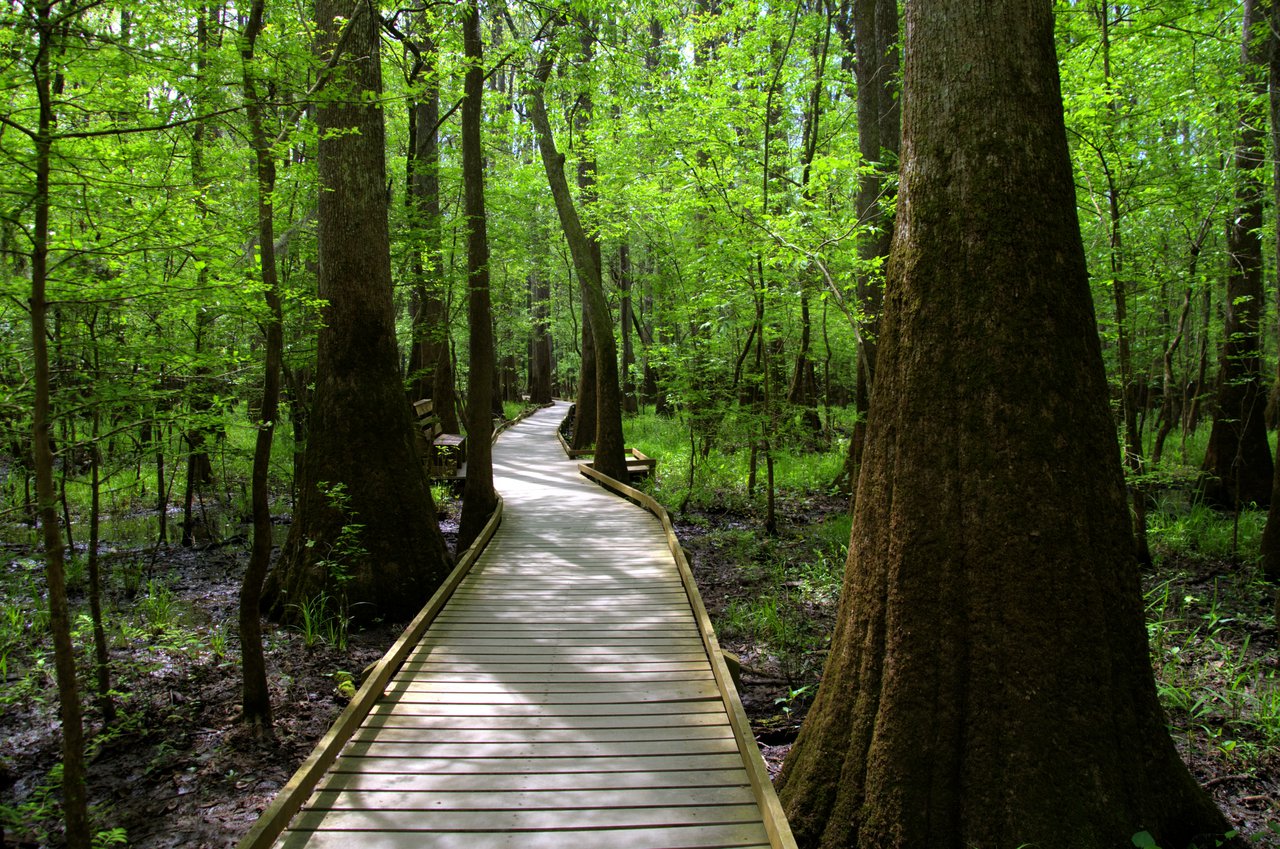 Congaree National Park, in central South Carolina, is a 26,276-acre (41.06 sq mi; 10,633.52 ha; 106.34 km) United States national park. It received its official designation in 2003 as the culmination of a grassroots campaign launched in 1969. The park preserves the largest tract of old growth bottomland hardwood forest left in the United States. The lush trees growing in its floodplain forest are some of the tallest in the Eastern United States, forming one of the highest temperate deciduous forest canopies remaining in the world. The Congaree River flows through the park. About 57 percent (15,000 acres or 61 square kilometers) of the park is designated wilderness area.