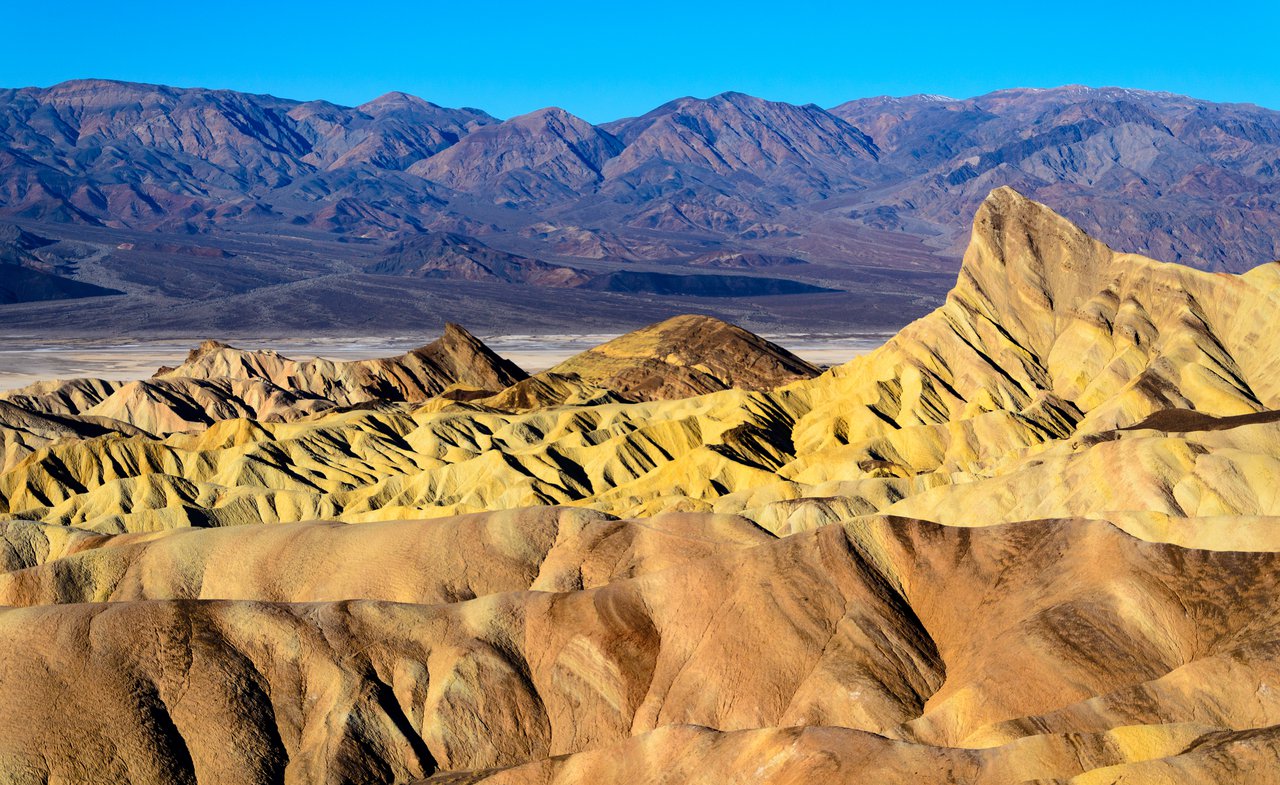 Death Valley National Park is a national park in the United States. Straddling the border of California and Nevada, located east of the Sierra Nevada, it occupies an interface zone between the arid Great Basin and Mojave deserts in the United States. The park protects the northwest corner of the Mojave Desert and contains a diverse desert environment of salt-flats, sand dunes, badlands, valleys, canyons, and mountains. It is the largest national park in the lower 48 states and has been declared an International Biosphere Reserve. Approximately 91% of the park is a designated wilderness area. It is the hottest, driest and lowest of the national parks in the United States. The second-lowest point in the Western Hemisphere is in Badwater Basin, which is 282 feet (86 m) below sea level. The park is home to many species of plants and animals that have adapted to this harsh desert environment. Some examples include creosote bush, bighorn sheep, coyote, and the Death Valley pupfish, a survivor from much wetter times.