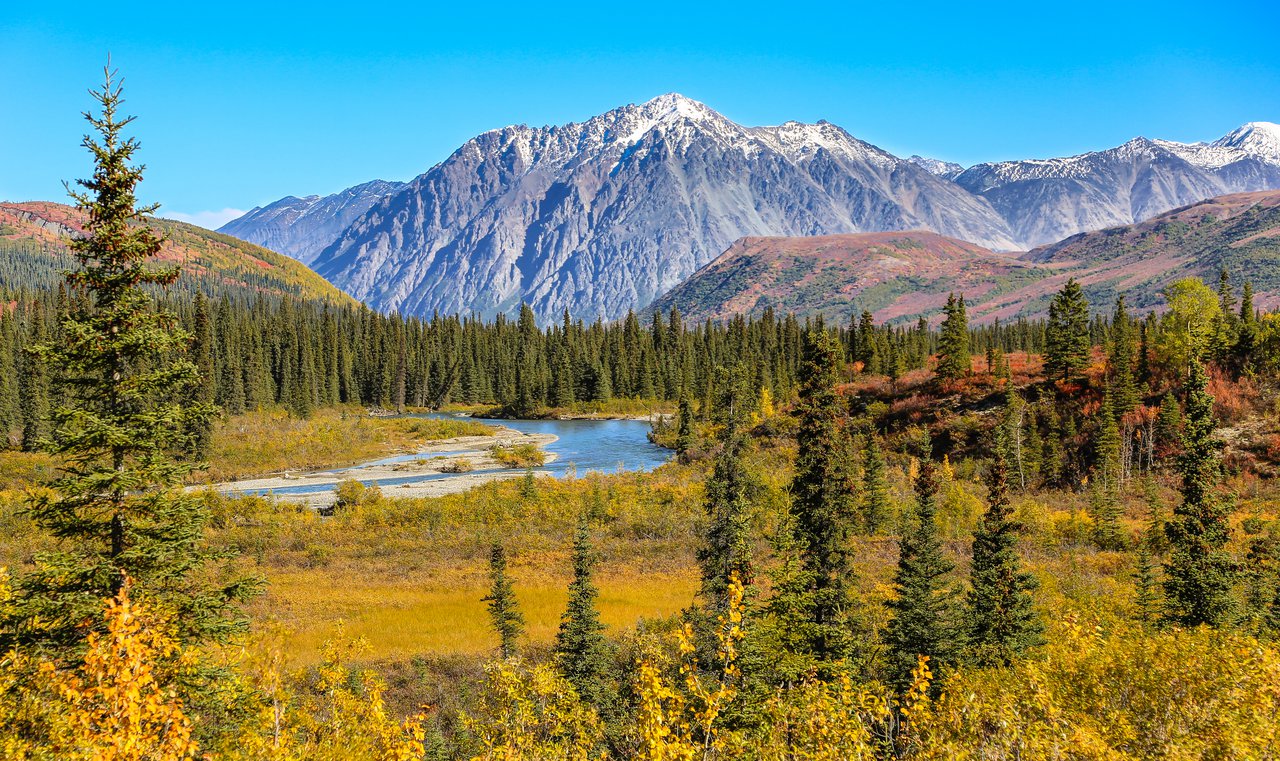 Denali National Park and Preserve is a national park and preserve located in Alaska Interior, centered on Denali, the highest mountain in North America. The park and contiguous preserve encompasses more than 6 million acres (24,500 km). The national preserve is 1,334,200 acres (5,430 km). On December 2, 1980, a 2,146,580 acre (8,687 km) Denali Wilderness was established within the park. Denali's landscape is a mix of forest at the lowest elevations, including deciduous taiga. The preserve is also home to tundra at middle elevations, and glaciers, rock, and snow at the highest elevations. The longest glacier is the Kahiltna Glacier. The park received 587,412 recreational visitors in 2016. Wintertime activities includes dog-sledding, cross-country skiing, and snowmachining.