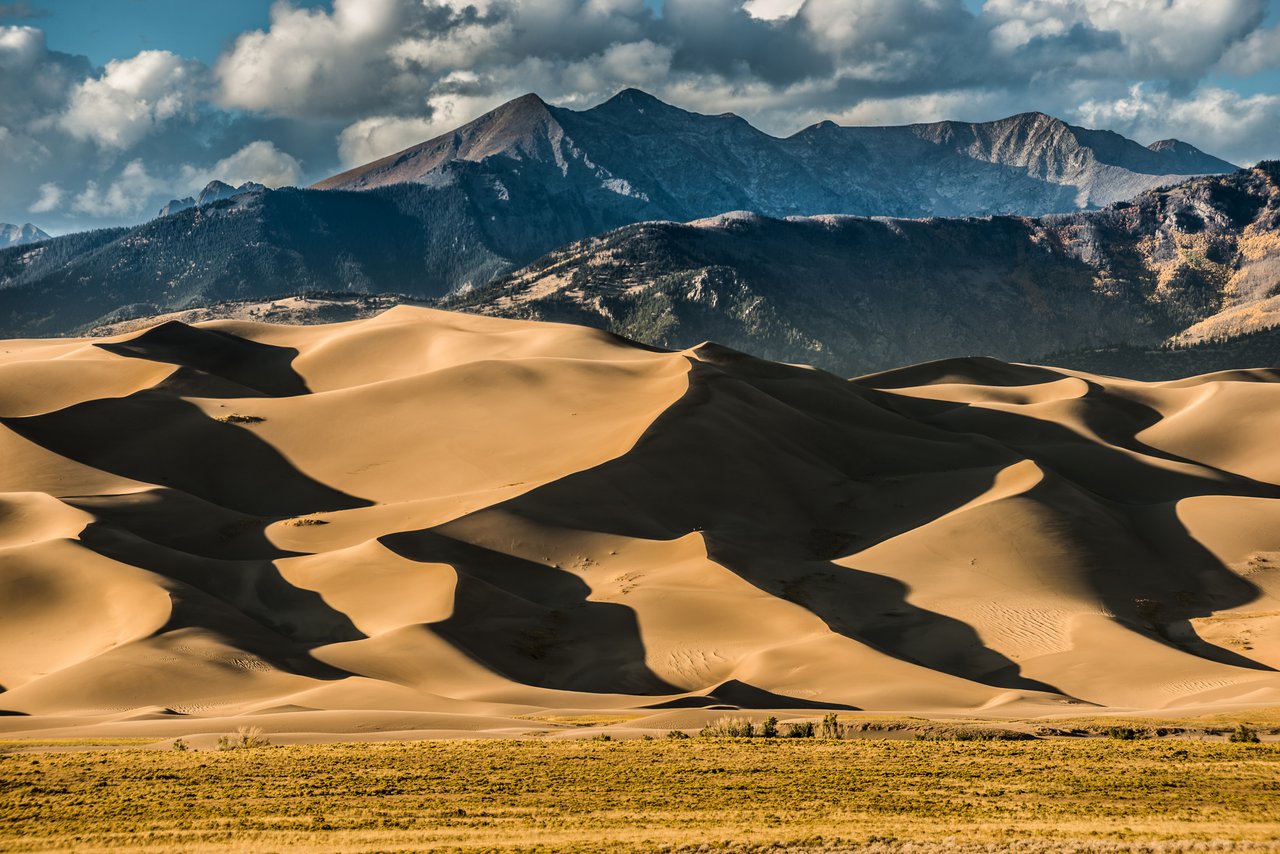 Great Sand Dunes National Park and Preserve is a national park that conserves an area of large sand dunes up to 750 feet (229 m) tall on the eastern edge of the San Luis Valley, and an adjacent national preserve located in the Sangre de Cristo Range, in south-central Colorado, United States. The park was originally designated Great Sand Dunes National Monument on March 17, 1932 by President Herbert Hoover. The original boundaries protected an area of 35,528 acres (55.5 sq mi). A boundary change and redesignation as a national park and preserve was authorized on November 22, 2000 and then established by an act of Congress on September 24, 2004. The park encompasses 107,342 acres (167.7 sq mi) while the preserve protects an additional 41,686 acres (65.1 sq mi) for a total of 149,028 acres (232.9 sq mi).