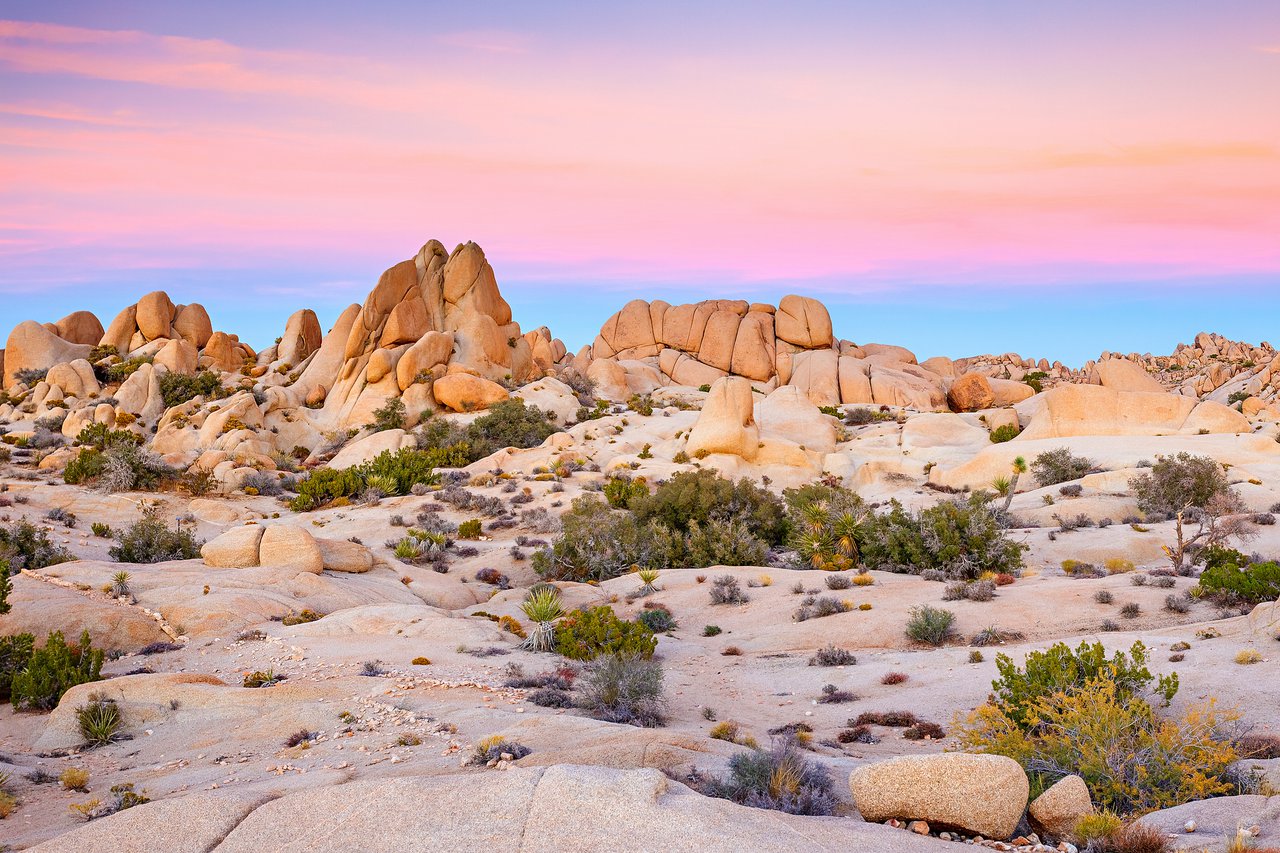 Joshua Tree National Park is located in southeastern California. Declared a U.S. National Park in 1994 when the U.S. Congress passed the California Desert Protection Act (Public Law 103-433), it had been a U.S. National Monument since 1936. It is named for the Joshua trees (Yucca brevifolia) native to the park. It covers a land area of 790,636 acres (1,235.37 sq mi; 3,199.59 km)—an area slightly larger than the state of Rhode Island. A large part of the park, some 429,690 acres (173,890 ha), is a designated wilderness area. Straddling the border between San Bernardino County and Riverside County, the park includes parts of two deserts, each an ecosystem whose characteristics are determined primarily by elevation: the higher Mojave Desert and lower Colorado Desert. The Little San Bernardino Mountains run through the southwest edge of the park.