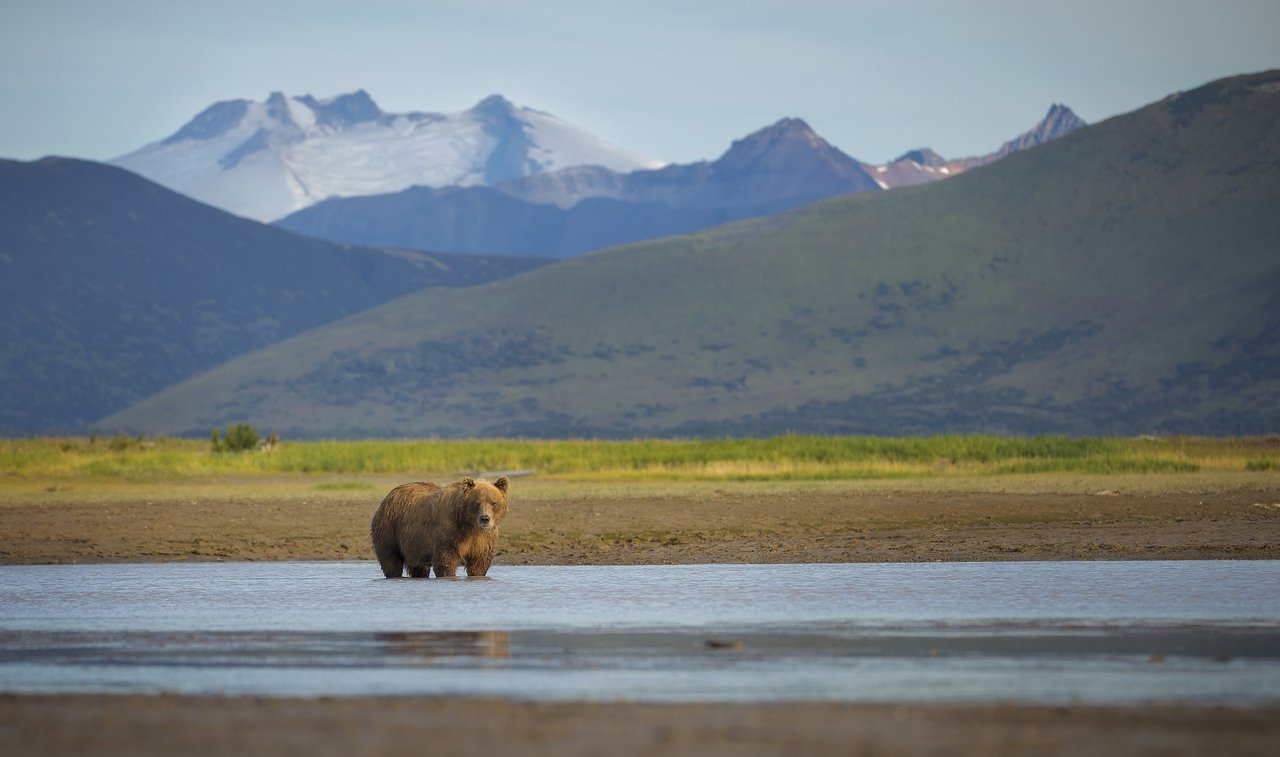 Katmai National Park and Preserve is a United States National Park and Preserve in southern Alaska, notable for the Valley of Ten Thousand Smokes and for its Alaskan brown bears. The park and preserve covers 4,093,077 acres (6,395.43 sq mi; 16,564.09 km), which is between the sizes of Connecticut and New Jersey. Most of this is a designated wilderness area in the national park where all hunting is banned, including over 3,922,000 acres (1,587,000 ha) of land. The park is named after Mount Katmai, its centerpiece stratovolcano. The park is located on the Alaska Peninsula, across from Kodiak Island, with headquarters in nearby King Salmon, about 290 miles (470 km) southwest of Anchorage. The area was first designated a national monument in 1918 to protect the area around the major 1912 volcanic eruption of Novarupta, which formed the Valley of Ten Thousand Smokes, a 40-square-mile (100 km), 100-to-700-foot-deep (30 to 213 m) pyroclastic flow. The park includes as many as 18 individual volcanoes, seven of which have been active since 1900.