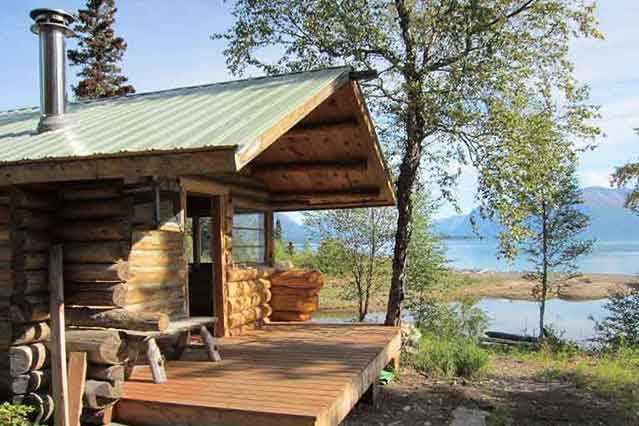 Lake Clark National Park and Preserve is a United States National Park in Port Alsworth, Alaska. It was first proclaimed a national monument in 1978, then established as a national park and preserve in 1980 by the Alaska National Interest Lands Conservation Act. The park includes many streams and lakes vital to the Bristol Bay salmon fishery, including its namesake Lake Clark. A wide variety of recreational activities may be pursued in the park and preserve year-round. Located about 100 miles (160 km) southwest of Anchorage, the park includes a variety of features not found together in any of the other Alaska Parks: the junction of three mountain ranges, a coastline with rainforests along the Cook Inlet, a plateau with alpine tundra on the west, glaciers, glacial lakes, major salmon-bearing rivers, and two volcanoes, Mount Redoubt and Mount Iliamna. Redoubt is active, erupting in 1989 and 2009. The wide variety of ecosystems in the park mean that virtually all major Alaskan animals, terrestrial and marine, may be seen in and around the park. Salmon, particularity sockeye salmon, play a major role in the ecosystem and the local economy. The Kvichak River is the world's most productive watershed for sockeye salmon. Large populations of brown bears are attracted as a result, to feed on the spawning salmon in the Kijik River and at Silver Salmon Creek, and as a result bear viewing is a common activity in the park.