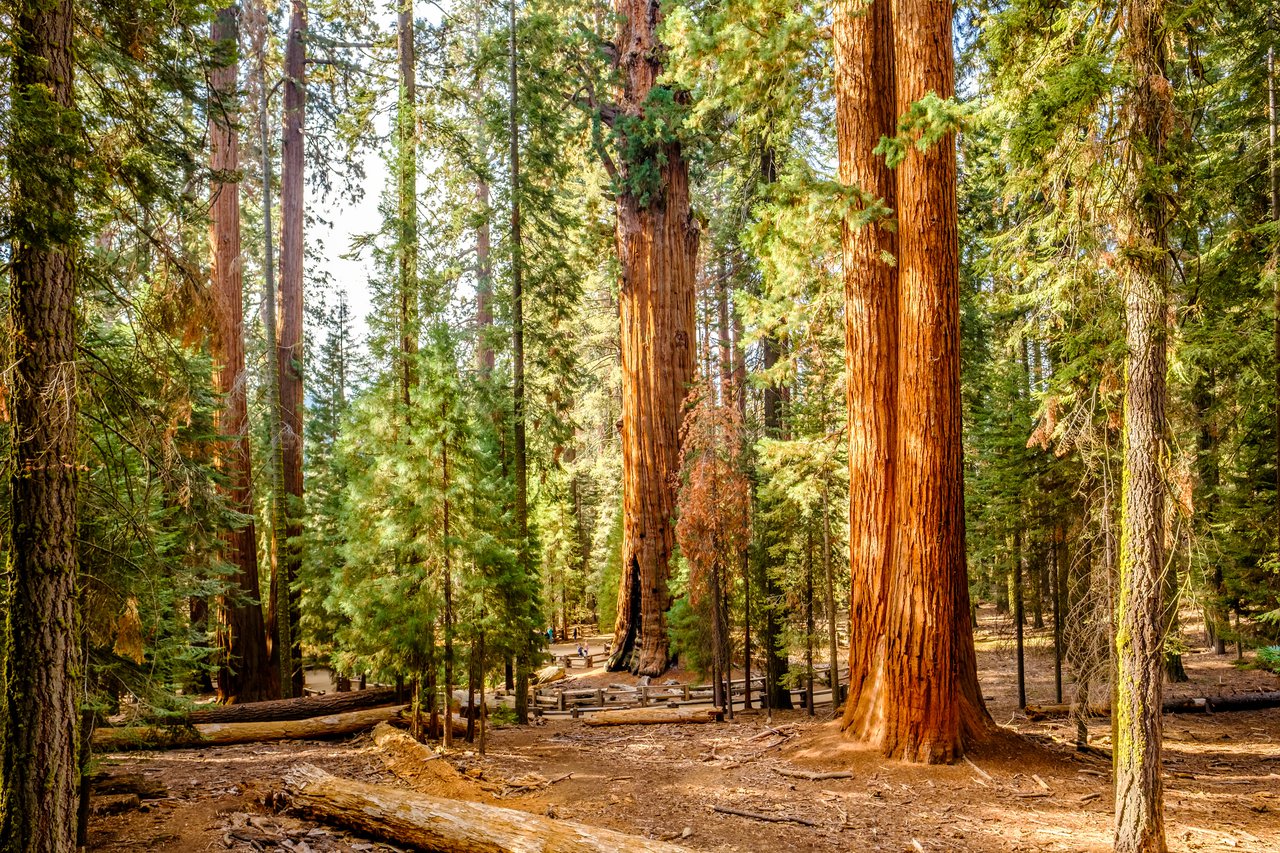 Sequoia National Park is a national park in the southern Sierra Nevada east of Visalia, California, in the United States. It was established on September 25, 1890. The park spans 404,064 acres (631.35 sq mi; 163,518.90 ha; 1,635.19 km). Encompassing a vertical relief of nearly 13,000 feet (4,000 m), the park contains among its natural resources the highest point in the contiguous 48 United States, Mount Whitney, at 14,505 feet (4,421 m) above sea level. The park is south of and contiguous with Kings Canyon National Park; the two are administered by the National Park Service together as the Sequoia and Kings Canyon National Parks. They were designated the UNESCO Sequoia-Kings Canyon Biosphere Reserve in 1976.