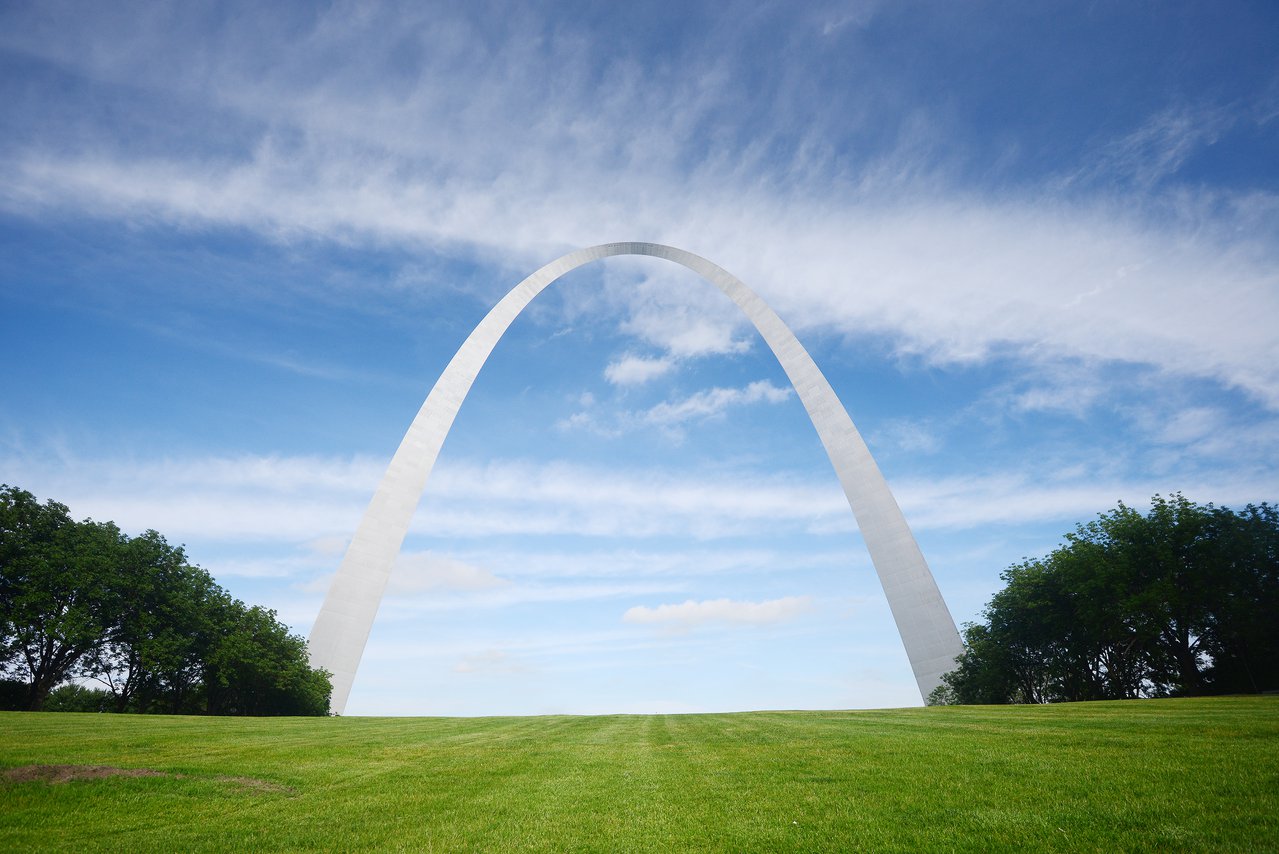 The Gateway Arch is a 630-foot (192 m) monument in St. Louis in the U.S. state of Missouri. Clad in stainless steel and built in the form of a weighted catenary arch, it is the world's tallest arch, the tallest man-made monument in the Western Hemisphere, and Missouri's tallest accessible building. Built as a monument to the westward expansion of the United States, and officially dedicated to "the American people," it is the centerpiece of the Gateway Arch National Park and has become an internationally recognized symbol of St. Louis, as well as a popular tourist destination.