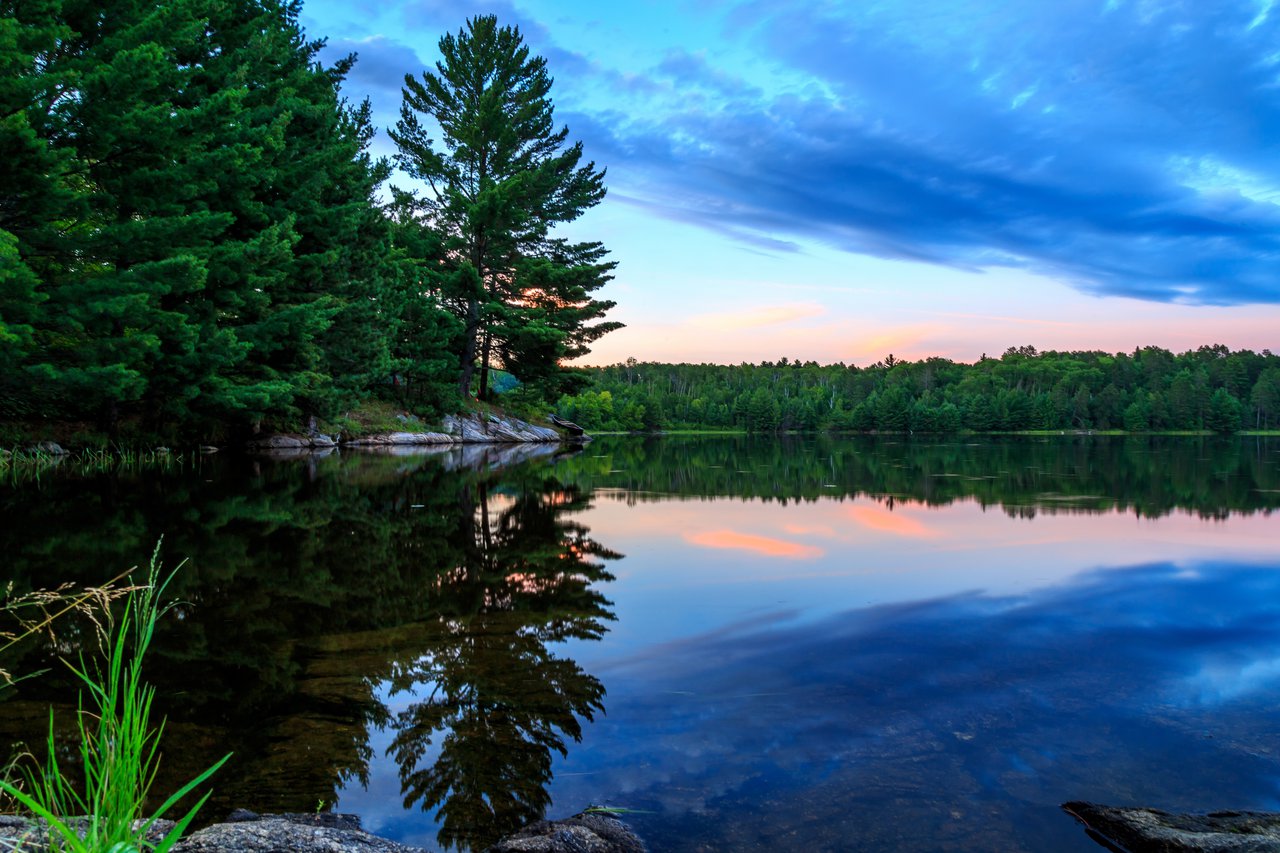 Voyageurs National Park is a United States National Park in northern Minnesota near the town of International Falls established in 1975. The park's name commemorates the voyageurs—French-Canadian fur traders who were the first European settlers to frequently travel through the area. The park is notable for its outstanding water resources and is popular with canoeists, kayakers, other boaters, and fishermen. The Kabetogama Peninsula, which lies entirely within the park and makes up most of its land area, is accessible only by boat. To the east of the National Park lies the Boundary Waters Canoe Area Wilderness.