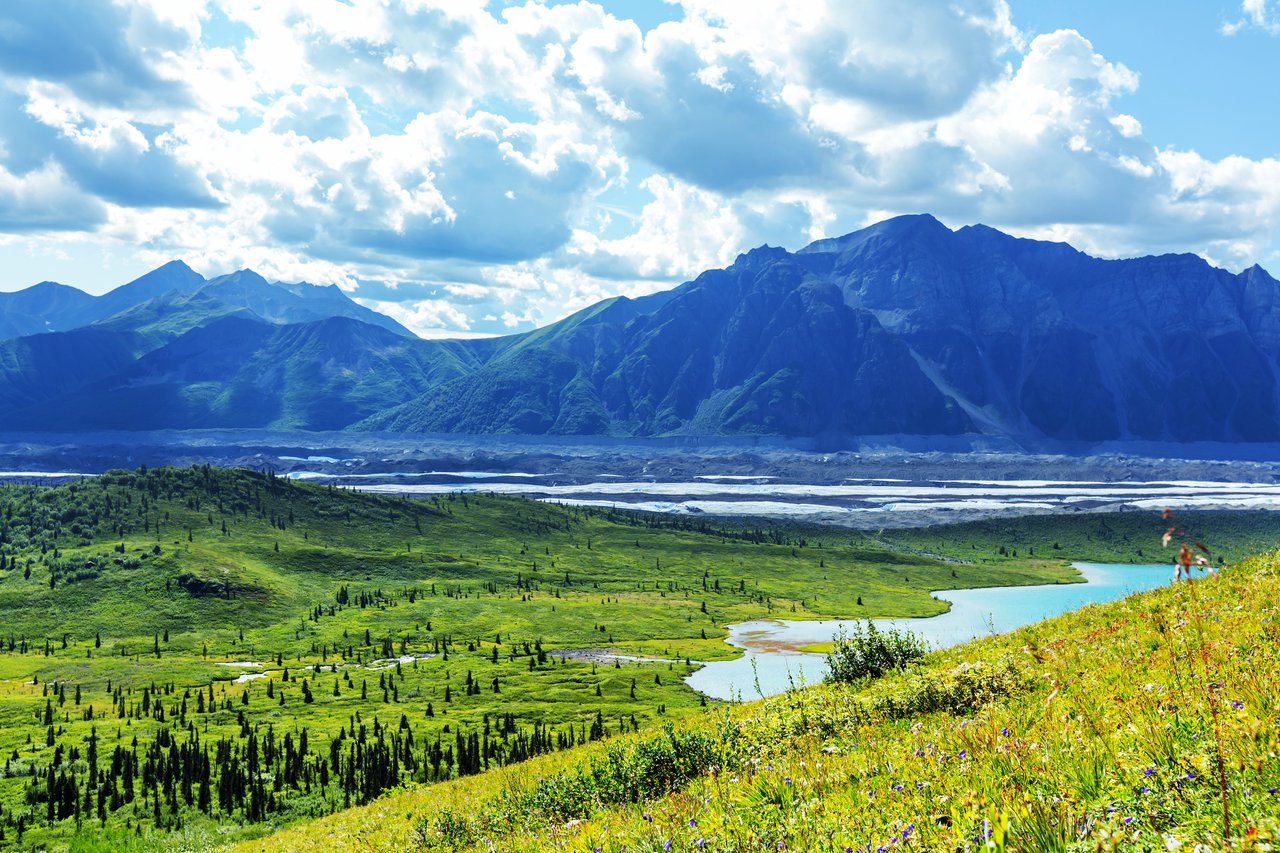 Wrangell–St. Elias National Park and Preserve is a United States national park and national preserve managed by the National Park Service in south central Alaska. The park and preserve was established in 1980 by the Alaska National Interest Lands Conservation Act. This protected area is included in an International Biosphere Reserve and is part of the Kluane/Wrangell–St. Elias/Glacier Bay/Tatshenshini-Alsek UNESCO World Heritage Site. The park and preserve form the largest area managed by the National Park Service in the United States by area with a total of 13,175,799 acres (20,587.186 sq mi; 53,320.57 km2), an expanse that could encapsulate a total of six Yellowstone National Parks. The park includes a large portion of the Saint Elias Mountains, which include most of the highest peaks in the United States and Canada, yet are within 10 miles (16 km) of tidewater, one of the highest reliefs in the world. Wrangell–St. Elias borders on Canada's Kluane National Park and Reserve to the east and approaches the U.S. Glacier Bay National Park to the south. The chief distinction between park and preserve lands is that sport hunting is prohibited in the park and permitted in the preserve. In addition, 9,078,675 acres (3,674,009 ha) of the park are designated as the largest single wilderness in the United States.